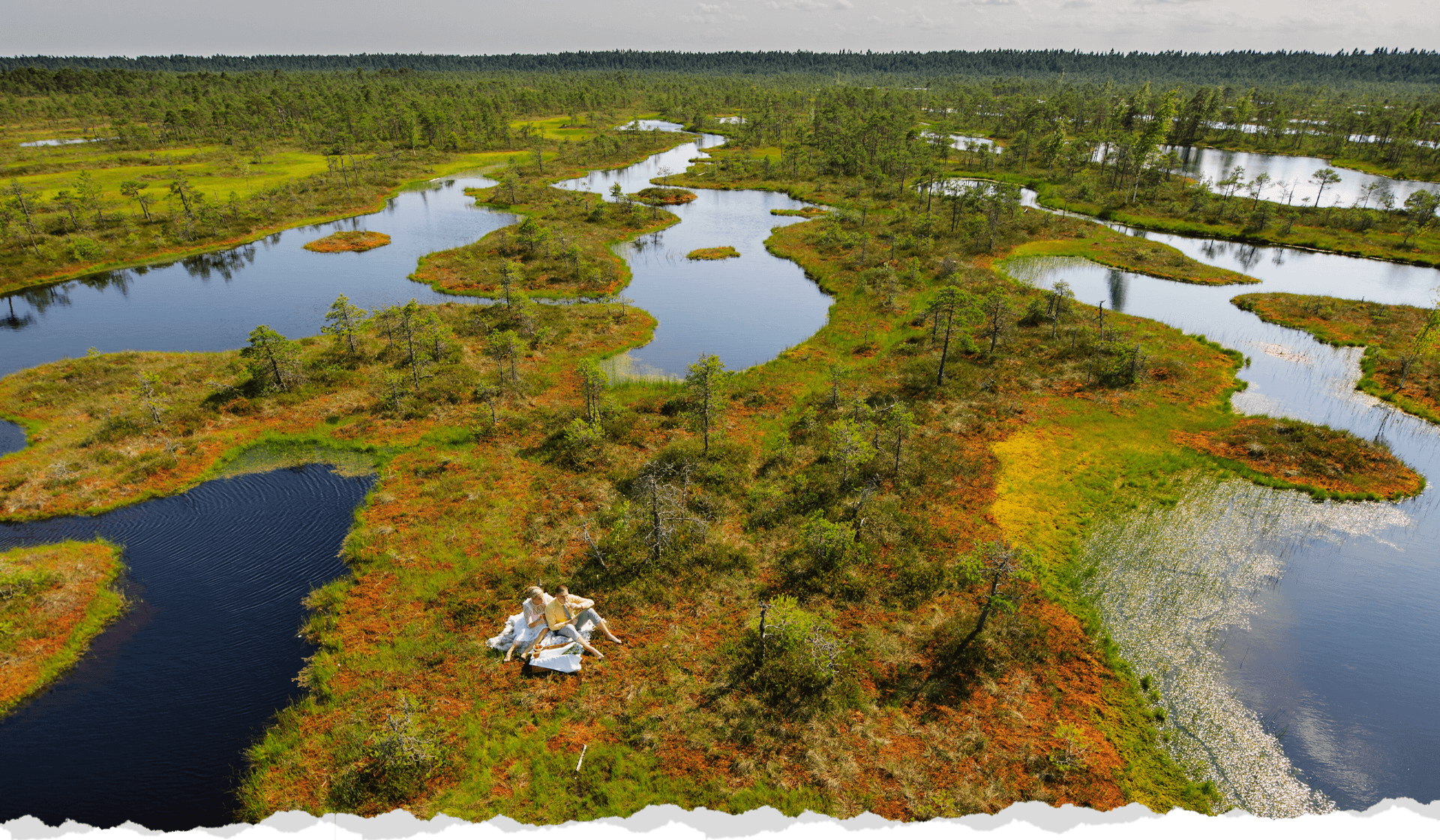 Estonia is a small, Northern-European country that never fails to amaze its visitors. With a population of just 1.3 million, there’s always plenty of room for everyone. In fact, 70 percent of the land is covered by forests and peat bogs. That means the country is as clean and green as can be, giving guests the chance to enjoy some of the purest water and freshest air around.  Estonians, who are nature-minded people, really value their ecology and offer great options for sustainable activities. At the same time, Estonia is known internationally as one of the world’s most digitally advanced societies. Locals are used to doing nearly everything online and paper-free, taking advantage of the free Wi-Fi that’s available just about everywhere. 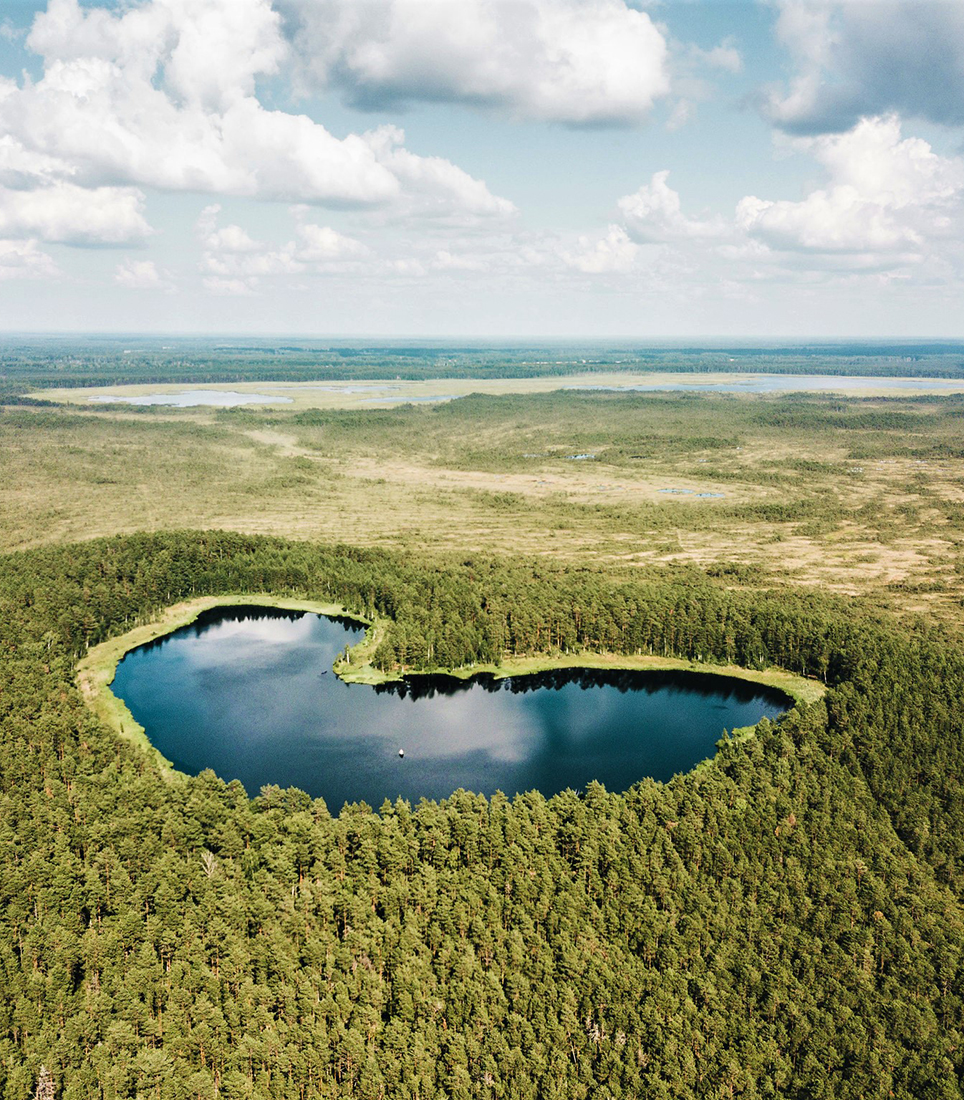 Estonia is a small and quite flat country; 70 percent of the land is covered by forests and peat bogs. That means the country is as clean and green as can be, giving guests the chance to enjoy some of the purest water and freshest air around. In a 2020 ranking by Green Destinations, seven of the world’s top 100 most sustainable destinations are in Estonia. The Estonian way of life is deeply connected to nature, and our green tours give travelers the opportunity to experience authentic nature and culture in environmentally friendly ways.

See more about our Green Tours

The capital, Tallinn, is famous for its picture-perfect Old Town, which is listed as a UNESCO World Heritage site for being one of the best-preserved medieval city centers in Europe. But several colorful neighborhoods – some emerging just in the last decade – have earned spots on the city’s not-to-be-missed list and make a visit all the richer. Notably, the newly reclaimed industrial areas of Rotermanni, Telliskivi and the Noblessner port are now trending as cultural hotspots where startups, design galleries, restaurants and pubs occupy spaces that were until recently derelict warehouses and now represent a multilayered modernism.

Deep roots, strange customs, rich but complicated history mixed together with a certain type of open-mindedness and lust for a better, fast progressing world are all the makings of a unique and fascinating character both in a country and a nation.

Estonian history extends across a long and winding road through time, telling the tales of many nations from Vikings to the kings,

queens and medieval merchants of German, Swedish, Danish and Russian descent. By the 18th century, Estonia had been governed by the king of Denmark, Sweden and the Russian tsar, short period of independence was followed by the half century long Soviet occupation.

Estonia’s deeply rooted pagan spirit and European mindset means that the country and its people bear close ties with nature while being a proudly independent EU and NATO member state with a growing reputation for innovation.

Estonia is the only Baltic country with far-stretching and deep-rooted island culture. Although mostly uninhabited, Estonian islands tend to be rural, with some holding traces of local Viking and medieval culture. Estonia’s islands used to be populated by Estonian Swedes, many of whom left the region in the II WW, leaving behind a wealth of culture visible to this day. 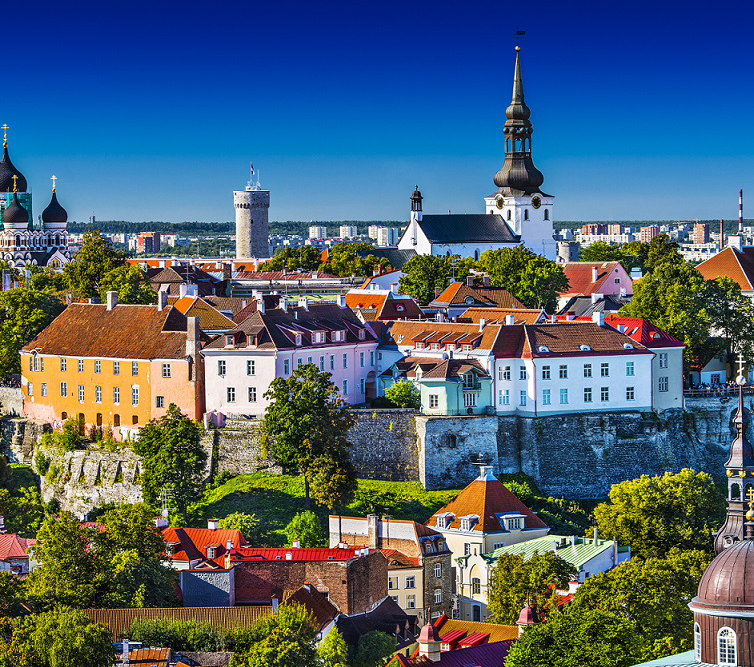 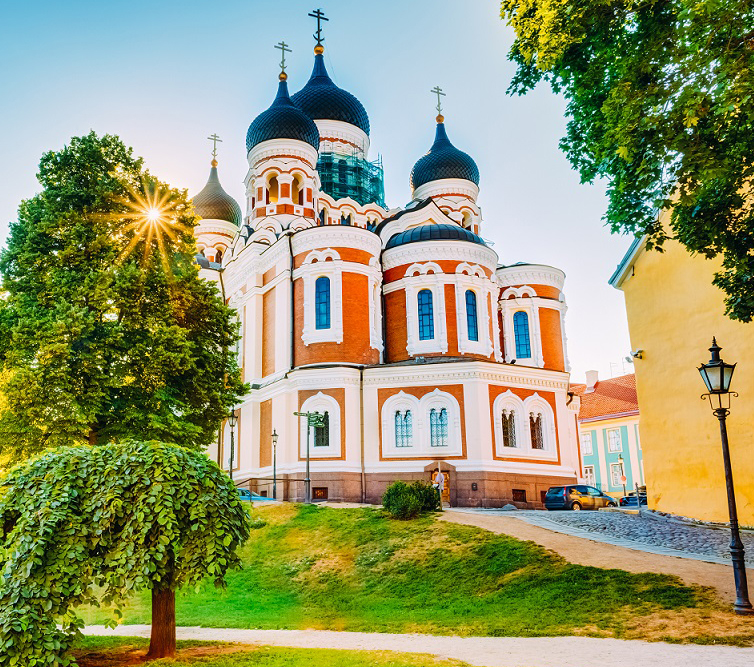 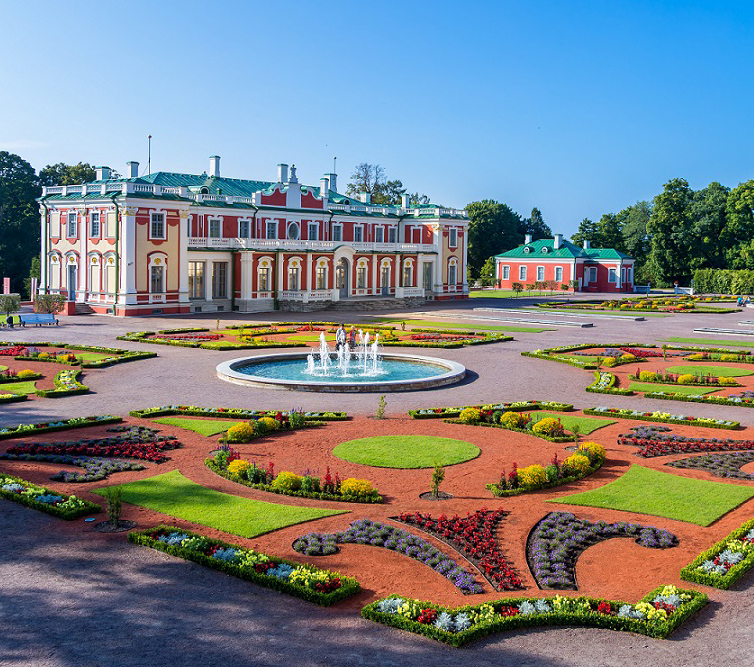 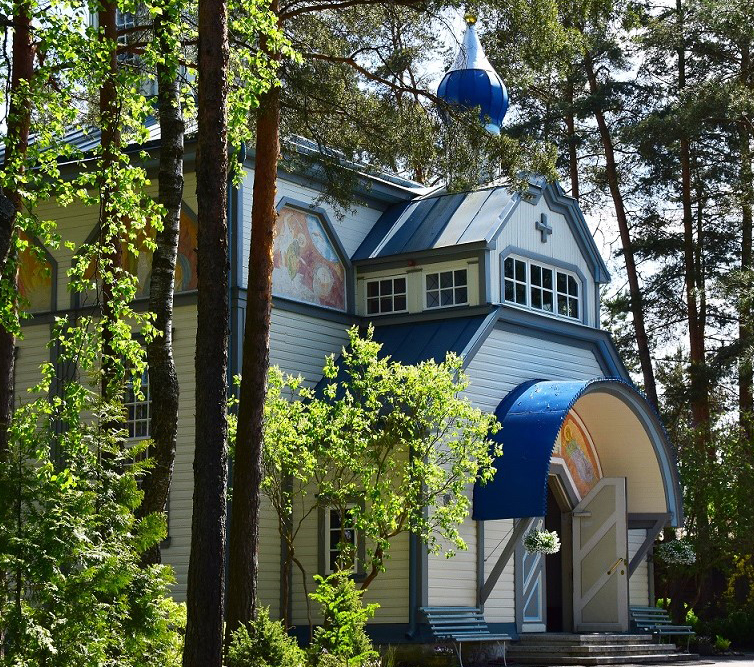 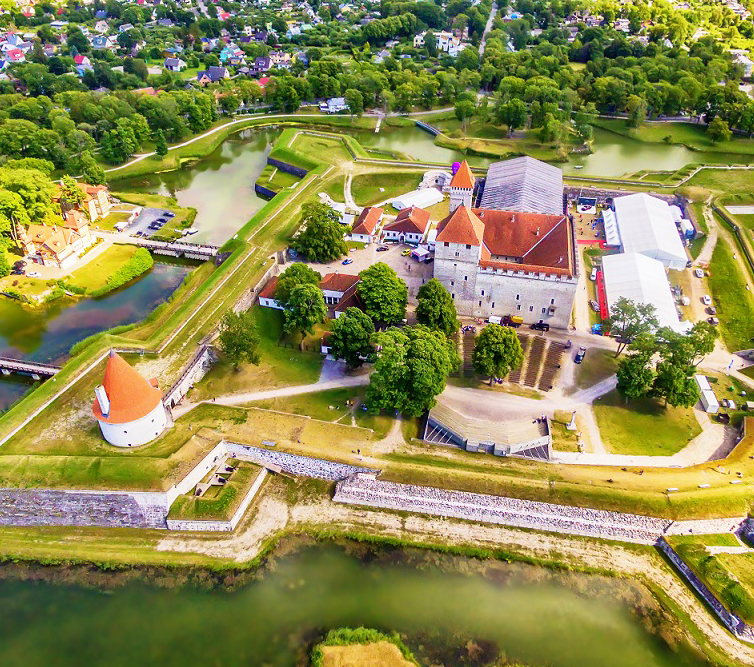 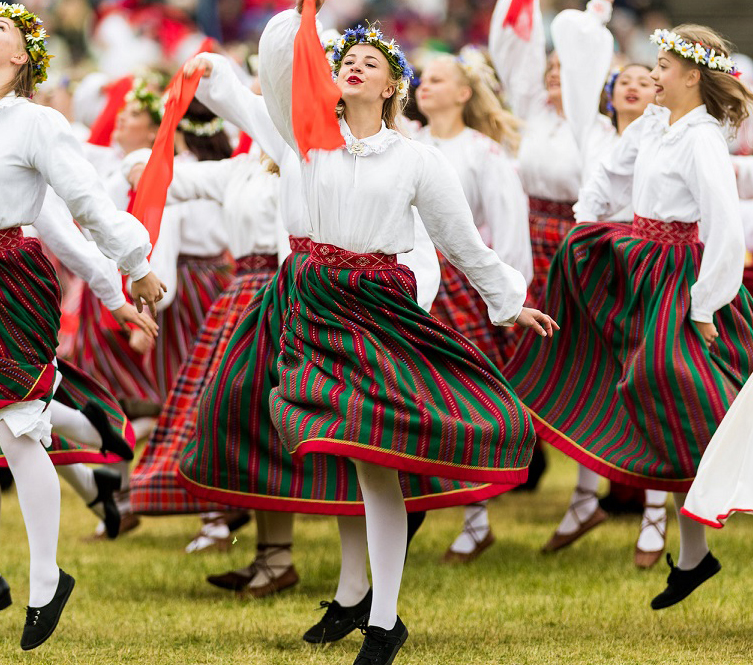 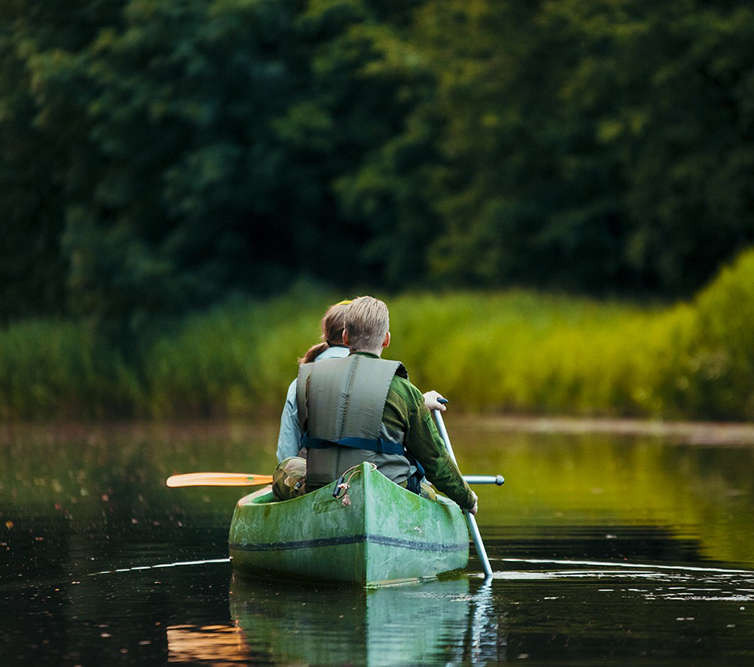 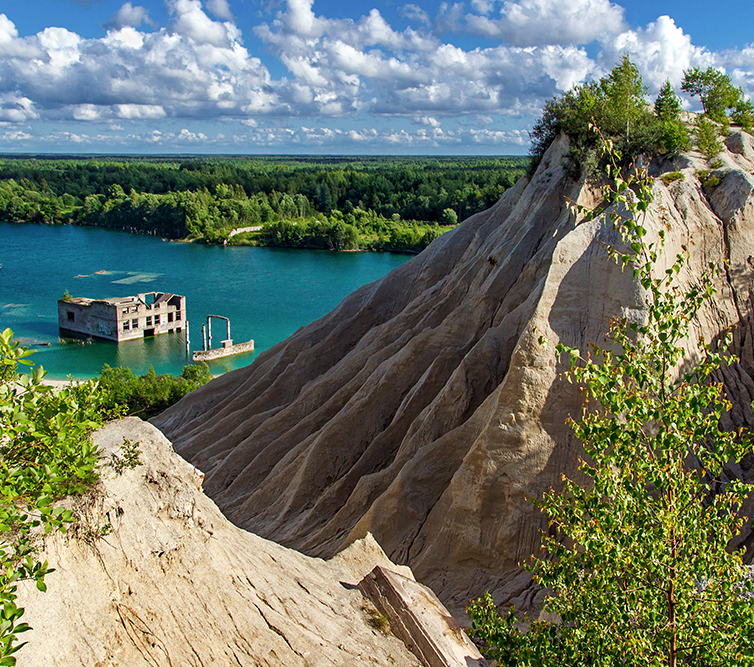 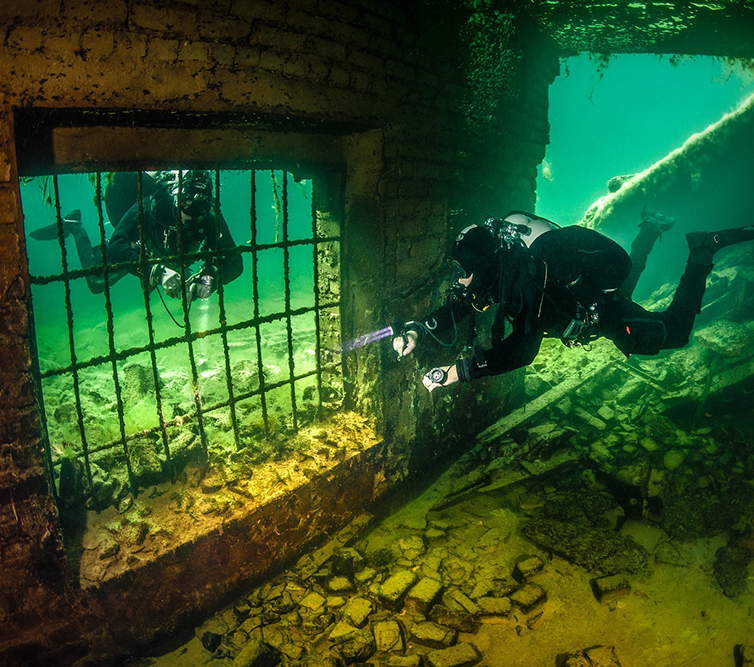 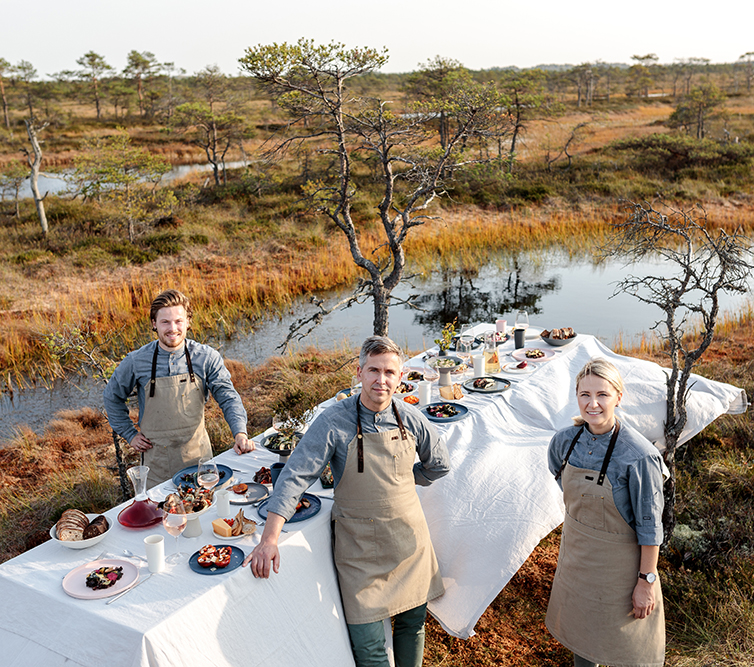 Tallinn is packed with great restaurants. It is no hassle to find a Michelin-star worthy yet absolutely affordable foodie experiences on every other corner. Seasonal, local ingredients and unique spins on Estonian cuisine are the cornerstone of restaurants in Tallinn.

Traditional Estonian food is served by both casual and fine dining restaurants, many of which offer an unforgettable visitor experience from the wine list to the chef’s signature dishes, all in a carefully curated environment. Estonian chefs have well made their way into international culinary circles and Estonia was proud to host the renowned Culinary Olympics – Bocus d’Or 2020.

Doesn’t matter if you wish to keep things off the beaten track or to organize something in the middle of the pulsating city life, DMC Nordic will help you with the most wonderful programs and activities. Let us tailor your program in Estonia and rest assured not to miss out on the most special experiences.

Some of our favorite activities are: 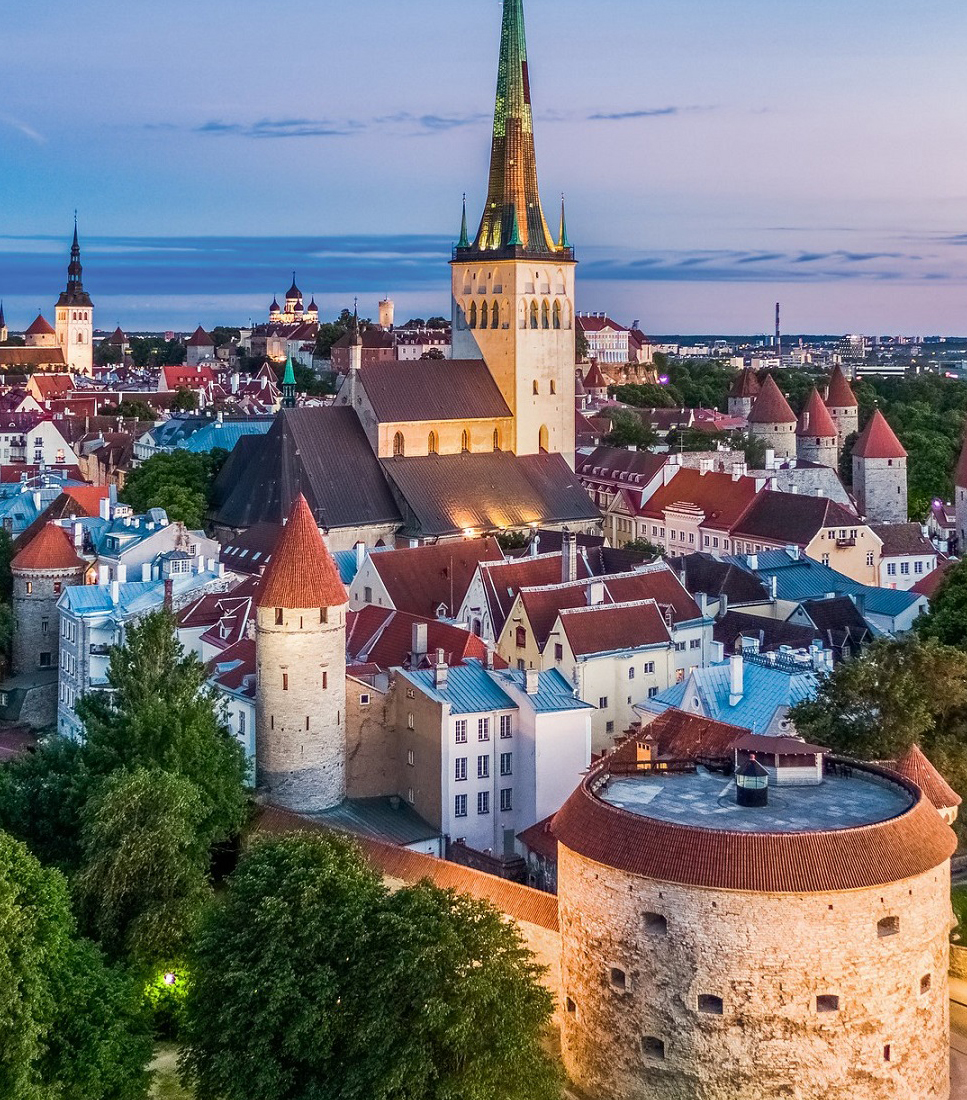 Feel the historical spirit(s) of charming Tallinn when strolling through charming old inner-city with its rich medieval heritage. 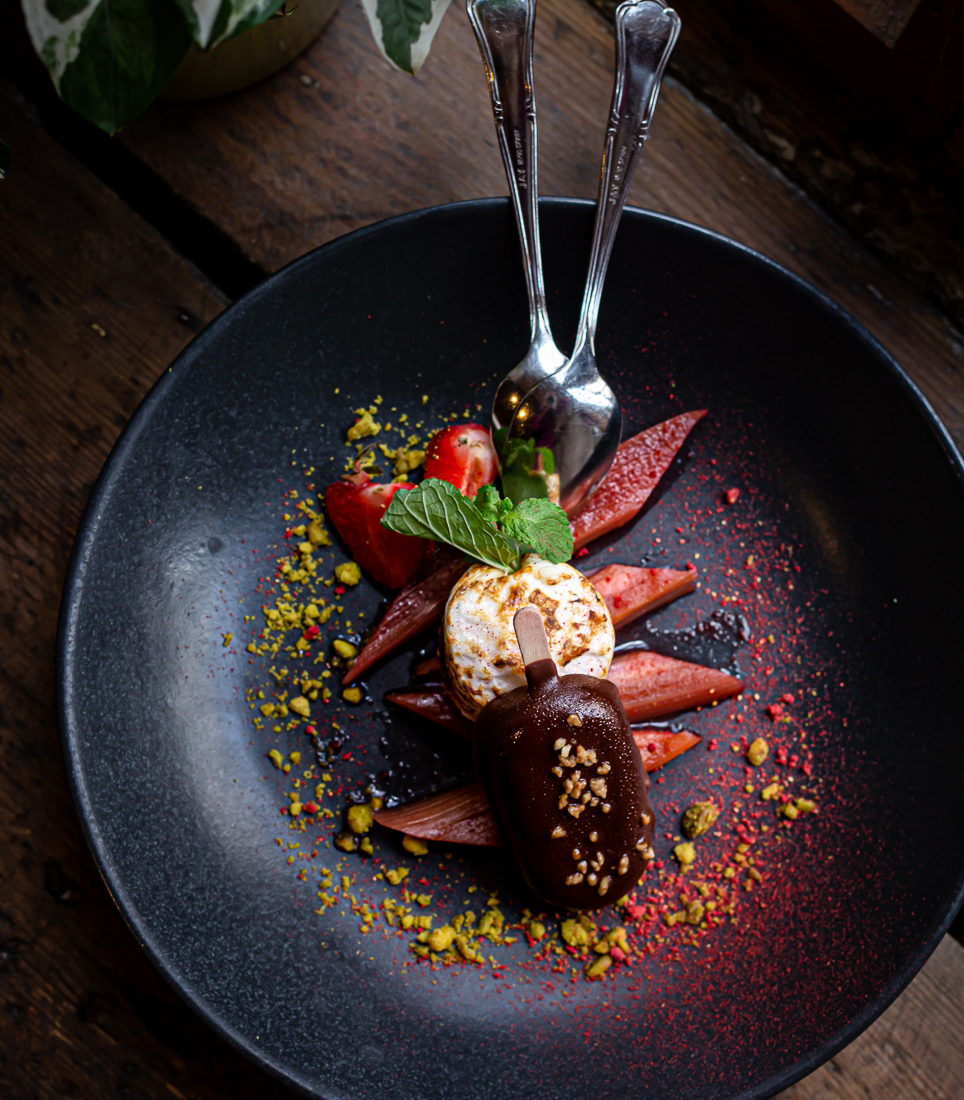 The Estonians’ love for pure and local food is well-known. Enjoy a Michelin-star-worthy meal, at one of the fancy gourmet restaurants in our charming capital or surroundings. 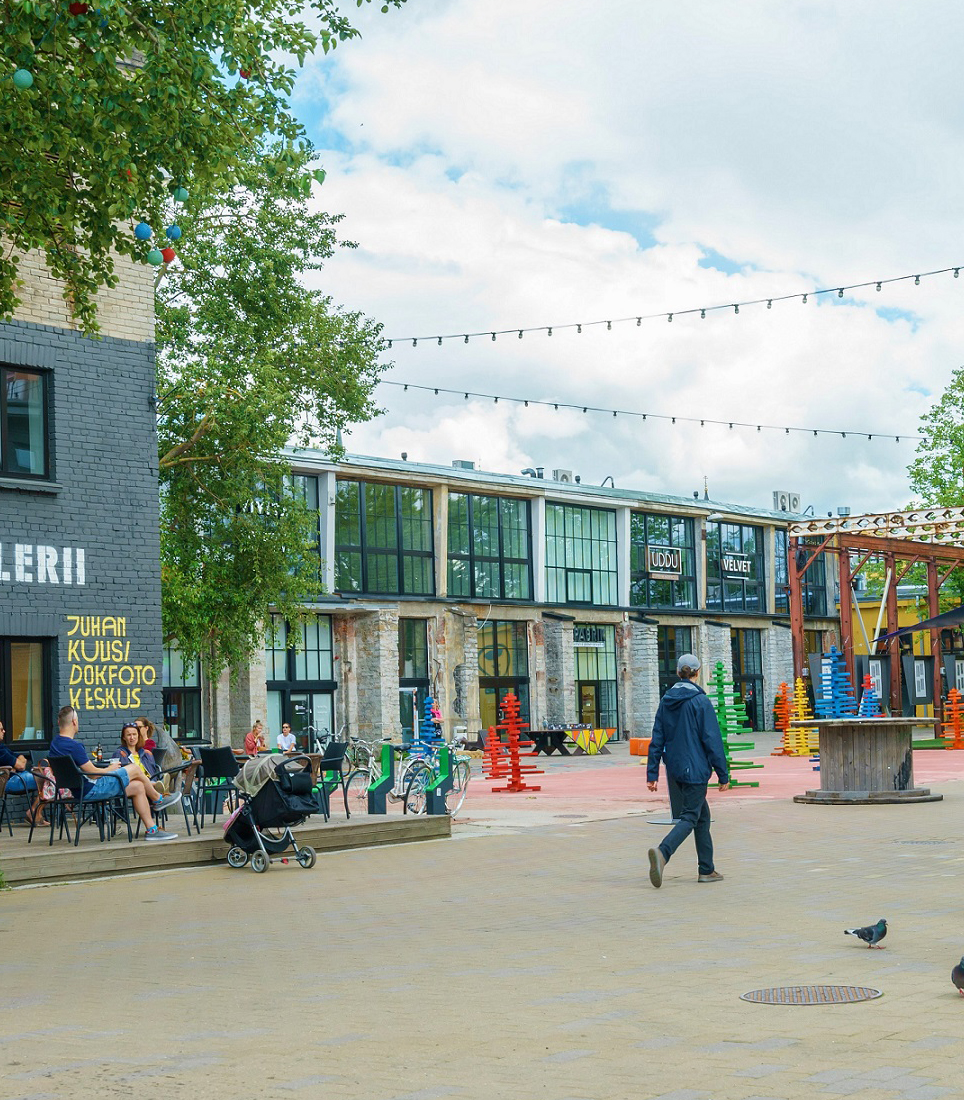 Find your vibe(s), a good opportunity to experience the repurposed industrial buildings that Northern Tallinn is famous for is in Telliskivi Creative City. 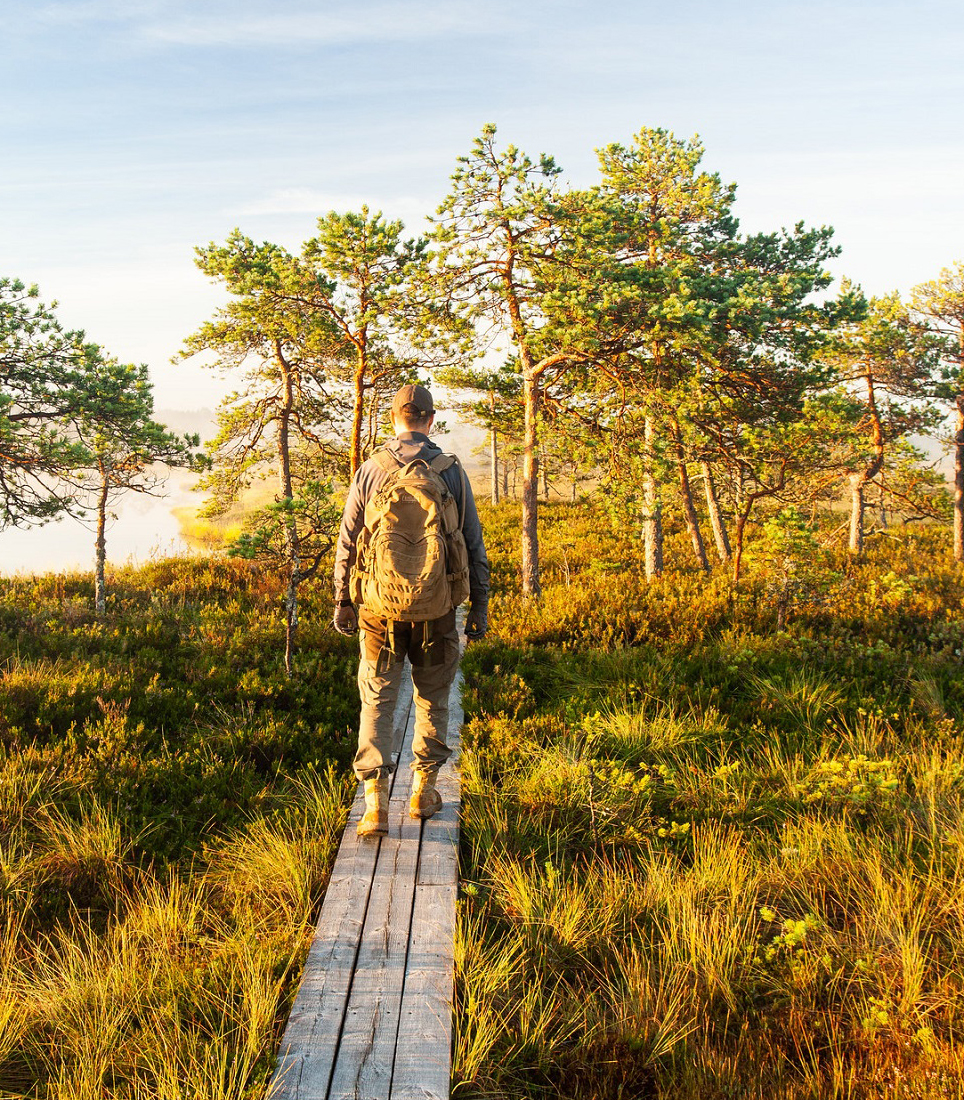 Lose yourself in our diverse Estonian nature, to describe our land and nature, words such as clean, quiet, calm, untouched, mystical, and ancient, among plenty of others, could be used. 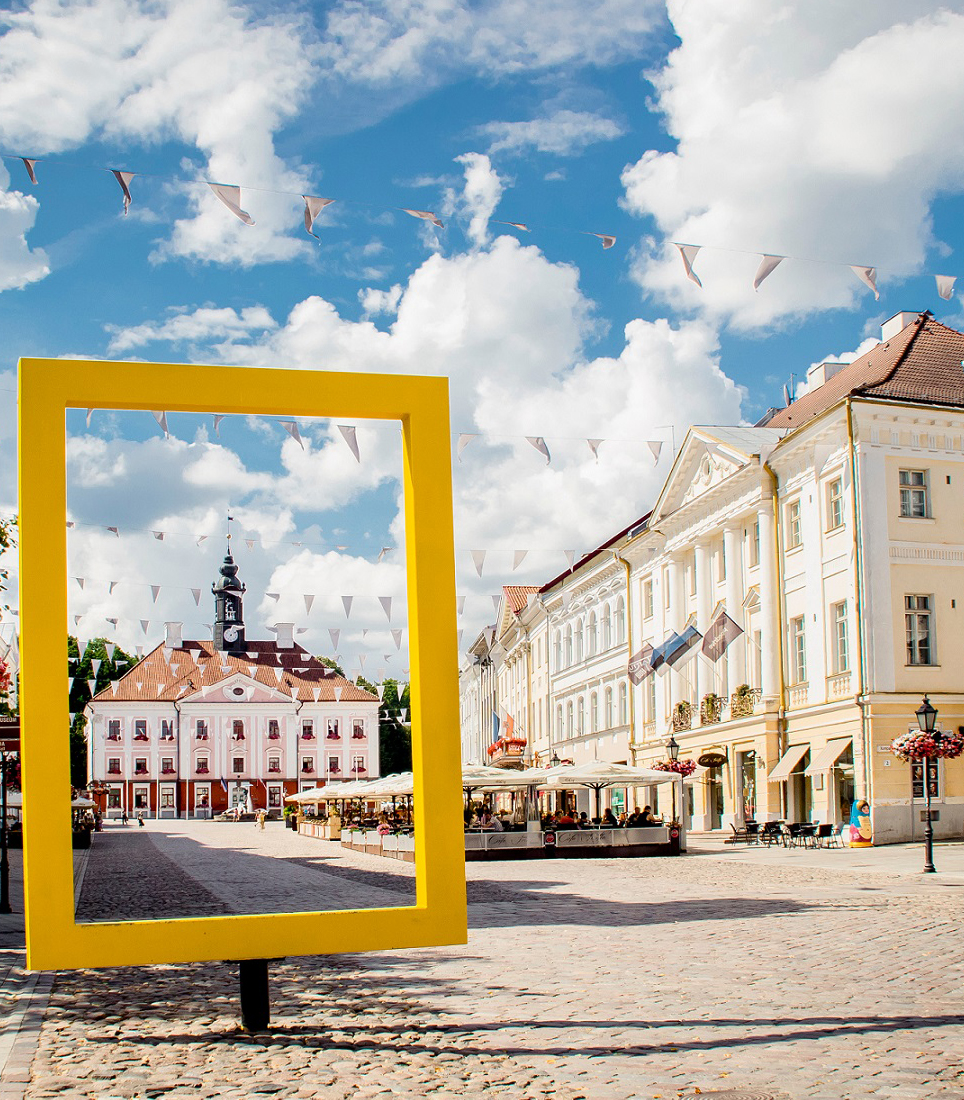 Take a city break to those conveniently close, but less traveled corners of Estonia. Explore Tartu, the home to one of Northern Europe’s oldest universities, with a wealth of museums and an upbeat nightlife.

Ready to be inspired?

There’s no denying that Estonia means authenticity and culture galore. Whether you’re looking for history-infused experiences, natural splendor or trendy urban life, DMC Nordic can cook up your next program right by your taste.

Want to know more? Get in touch and see what’s cooking!